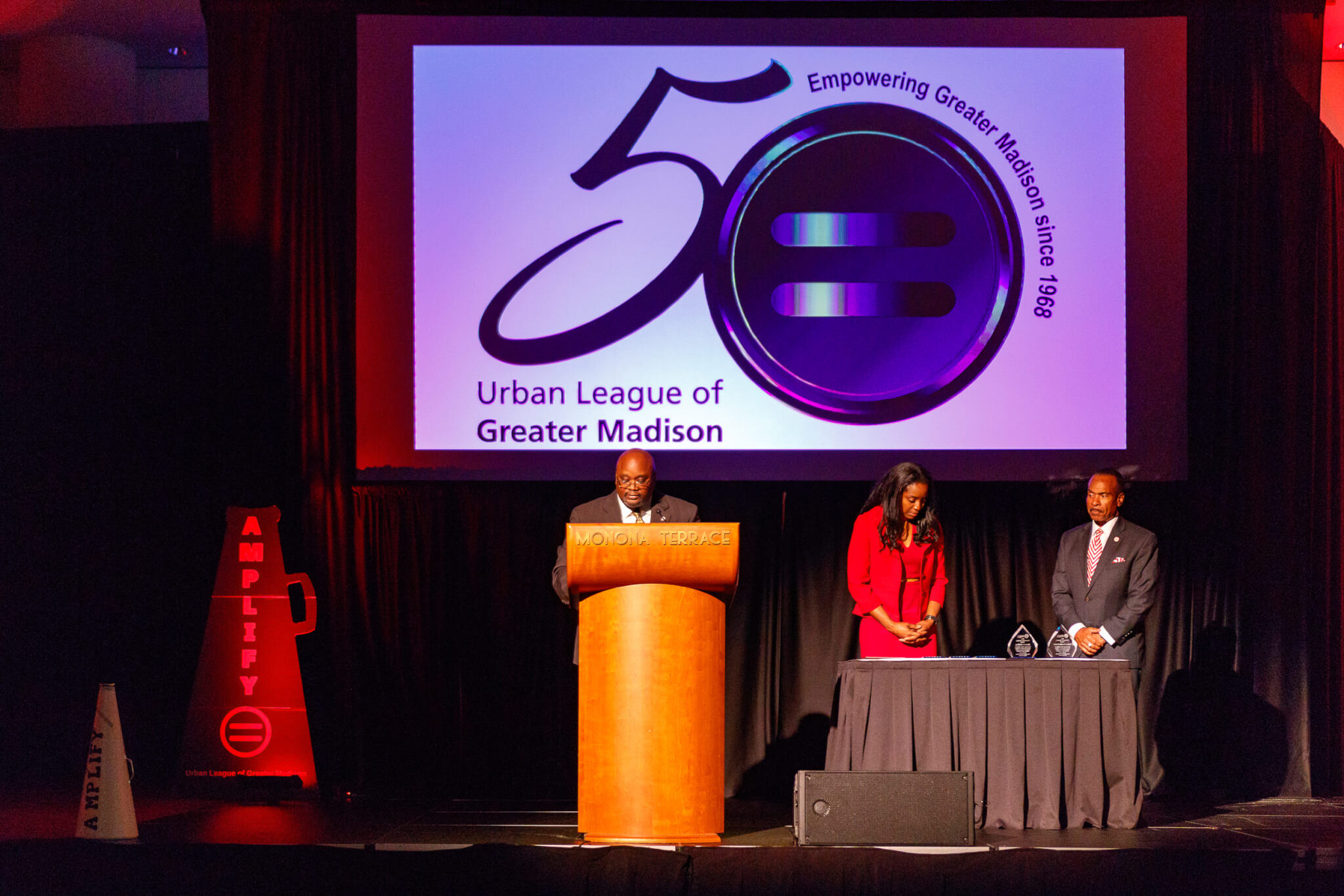 Madison, WI (October 16, 2017) – At its annual Urban Cabaret fundraising event this past Friday – with the theme of “Amplify” – the Urban League of Greater Madison announced it will honor its 50th anniversary in 2018 with a commitment to place 1,500 low income job seekers into career pathway employment by 2020. To accomplish that goal, the organization aims to raise $2 million by this time next year. The campaign was kicked into gear with an announcement of a $410,000 pledge from five of the Urban League’s longest standing corporate partners – Alliant Energy, American Family Insurance, CUNA Mutual Group, Exact Sciences, and Madison Gas & Electric.
Urban League CEO Ruben L. Anthony, Jr. explained that for every $2,000 raised the League can help train, place, and coach an unemployed or under-employed job seeker into new or better employment. “We’re a place of second chances,” Anthony explained. “We’re helping people who maybe didn’t get it right the first time overcome obstacles such as criminal records or a lack of a degree break into good jobs with great employers like Exact Sciences, CUNA Mutual Group, and others.”
The funds raised will help with things like operating a second employment and training center in Southwest Madison through a new partnership with the City of Madison, launching new employer-driven training programs, placing more youth into summer work experiences and internships, and even expanding its award-winning affordable home ownership programs.
Anthony also noted that “we have exciting plans over the next 12 months to commemorate our illustrious 50-year history in Madison.” The League plans to create a travelling ULGM history display, weekly ULGM historical facts, special events, and much more.
In addition to this announcement, the organization also presented a series of awards to local community servants who are making a difference in Dane County. Madison College trustee and retired board member Frances Huntley-Cooper and former CUNA Mutual Foundation Executive Director Steven A. Goldberg were?recognized by Nia Trammell,?Urban League Board of Directors Chair?as the 2018 Whitney M. Young, Jr. Equal Opportunity Awardees. The awards are given in honor of the great civil right leader and former National Urban League President.
Urban League CEO Ruben Anthony?also presented this year’s President’s Awards? to Dr. Jack E. Daniels, III, Greg Jeschke, Sabrina Madison, Erica Nelson, Michelle Robinson, and Eric S. Upchurch II.
The 50th Anniversary Celebration will take place on October 12, 2018 at the Monona Terrace Convention Center in downtown Madison, Wisconsin.? Visit www.ulgm.org?to learn more.
####