UW-Madison is Still Out of Step… and Behind 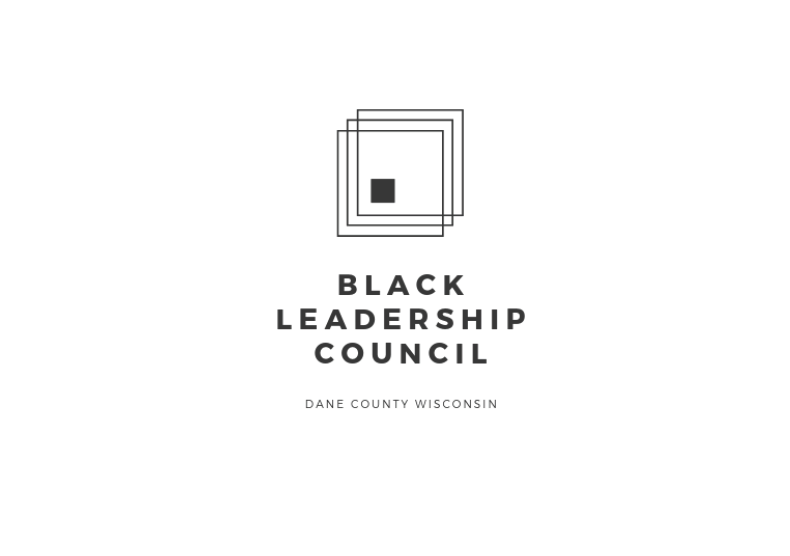 Madison, WI – On Wednesday, June 2, 2021, the University of Wisconsin-Madison announced the appointment of Chris McIntosh as its new Athletic Director, set to succeed long time Division of Athletics football coach and Athletic Director Barry Alvarez. McIntosh has served as Alvarez’ Deputy for the past four years. The decision to hire McIntosh is the prerogative of the Chancellor. However, while Mr. McIntosh’s credentials are not in question, the University’s direction, conduct and its relationship with the broader Madison community is. Thus, it is important to place this decision in the context of a variety of things that have transpired over the last several years.

In July 2020, UW-Madison Chancellor Rebecca Blank promised to address issues that Black students brought to her attention about feeling unsafe, under-represented and unwelcomed on the campus. This included similar concerns brought by student athletes who marched and protested against injustice with other students and staff on campus over the last several months and years.

When we learned last fall that Alvarez might be retiring, we were concerned that the University would again engage in a process that would result in another applicant being chosen for the AD position that would not be a person of color, regardless of how credentialed and experienced such applicants might be. We were also concerned that Alvarez being able to handpick his successor would lead to changes that would again amount to little more than window-dressing when it comes to the Athletic Department’s failure to hire Black and Brown head coaches, along with its much talked about lapses of treating staff of color fairly, and its overall weak commitment to diversity, equity and inclusion.

UW-Madison’s Division of Athletics, like Athletics on any major Division 1A campus, is a high-profile operation. Unfortunately, it has a pattern of failing to proactively and effectively address diversity, equity and inclusion issues, which has led to a steady exodus of Black coaches and employees from its Department.

Most recently, Chancellor Blank appointed a search committee to help her find the university’s next athletic director. She made it clear to all during the search process that applicants and community members “were not” to lobby for any candidate. She warned that doing so would disqualify candidates from consideration for the position.

Disregarding the Chancellor’s command, Alvarez lobbied for McIntosh at every opportunity available. He regularly told the press that McIntosh should get the job because he prepared him for it. Why hold a search process, if Alvarez was going to hand pick the candidate or “steam roll” the process, and not be held accountable for it as the Chancellor stated would happen? To us, this was another strong indication that the “the good ole boy system” is still in place in the UW Athletic Department, and it will continue, unabated, if no one says anything.

From what we can tell, these candidates honored Chancellor Blank’s request and went through the hiring process without commissioning a lobbying team to advocate on their behalf. Unfortunately for them, the ‘good ol boy network’ was allowed to advocate unabated and without penalty, for their desired candidate – McIntosh. Hiring either Frazier, a Black male, or Goetz, a white woman, would have been history making. Instead, Barry was able to short-circuit the search process and handpick his successor who, by the way, has been the day-to-day leader for four years of an Athletic Department that does not hire Black head coaches (except for its women’s basketball team), and treats as expendable, its Black employees who challenge the department’s leadership to improve in their culture of inclusion, hiring practices and retention efforts.

University search committees are to operate under the vaunted “code of silence” to protect those under consideration from premature exposure during a hiring process, and to allow job applicants and search committee members to speak freely. However, this search committee was particularly “leaky” and resulted in some very troubling outcomes that require answers.

For example, on April 27, one search committee member, Alando Tucker, who until recently served as Interim Assistant Men’s Basketball Coach was told he would not be coming back to the team. This was shocking for several reasons. First, in a January 19, 2021 Milwaukee Journal Sentinel article, Men’s Basketball Head Coach Greg Gard spoke favorably of Tucker’s performance stating that he was “getting better and better.” In a subsequent Wisconsin State Journal article on March 24, 2021, when Gard was asked if he “anticipated any staff changes”, Gard replied, “Not that I know of…Not that I’ve been made aware of.”

Why then, after Tucker was publicly named in an April 8, 2021 UW-Madison press release and the Wisconsin State Journal as a member of the Search Committee for the UW Athletic Director position, was he suddenly released from his assistant coaching duties with the team? Had his performance declined in the two weeks before being named to the committee, or in the three weeks that followed before it was reported he would not be retained?

We would like to know why one of UW-Madison’s most accomplished and heralded athletes in its history, who was deeply committed to the University and its athletes, who served as a great champion for equity and opportunity in UW Athletics, and who recently stated his commitment to continue in his role with the team was suddenly released from his job without context or comment.

The revolving door of Black staff in the Athletic Department is a troubling pattern that we would like an independent body, not affiliated with the University of Wisconsin-Madison, its Athletic department, or any of its present or former staff, to investigate and report on. We particularly would like an independent body to review the Department’s hiring practices, performance evaluation and retention policies and practices, its relationships with its current and former athletes and staff of color, and the culture of fealty that has been pervasive in the Athletic Department during the Alvarez-McIntosh Administration. A culture that rewards loyalty, compliance and mitigating risks while at the same time disregards healthy dissent and fails to treat all of its employees justly and fairly, must change.

While Mr. Tucker’s release from his position was the most recent loss of a Black coach/staff member, there have been many more who have left after short tenures. Again, we want to know, “Why”?

Other examples…in December 2020, Sheridan Blanford, an African American woman and Director of Diversity, Equity, and Inclusion (DEI) left UW-Madison for a similar position at the University of Washington. She was DEI Director in a BigTen Athletic Department that had NO African American head coaches among its 22 sports (subsequently, the Department hired Marisa Moseley as head coach of Women’s Basketball).

On June 1, 2021, the football team’s Director of Recruiting, Saeed Khalif, one of the few African Americans in the Department, announced that he was leaving for the same position at Michigan State University. Like Blanford before him, Khalif made a lateral move.

Again, why are so African Americans leaving UW-Madison to take the same job on other campuses? Why are student athletes of color protests not being heard? The university has turned a “deaf ear” to student athletes and coaches of color.

The decision to name McIntosh Athletic Director is yet another reminder of how out of step the campus is with the city in which it is located. In the past year, the School District, the Madison Police Department, the Dane County Sheriff’s Department, and the city of Monona Police Department have all hired African Americans as leaders. The Madison Metropolitan School District School Board is comprised of majority people of color and women. A record number of candidates of color have won elections as Alders in the city of Madison. The city and the county are changing in response to the need to bring diverse perspectives and equity to the center of their operations. Sadly, the University of Wisconsin—with one of the lowest percentages of African American students of the 14 schools in the BigTen Conference (only University of Nebraska is lower)—continues to be out of step with what is happening around it—out of step and woefully behind!

It is time for UW-Madison to step up and lead. It can start by supporting an independent evaluation of its Athletics department to ensure that its culture of fealty will be replaced by a culture of excellence in diversity, equity and inclusion. Hopefully, this result in real change in the Athletic department, greater retention of Black and Brown staff, the hiring of more Black and Brown head coaches, and future hiring processes that don’t appear as rigged as this one was.